Hi, my name is Kevin Phillips and I am for all purposes a big, old nerd.

When it comes to gaming, I started out like many kids (and adults) writing games for learning and fun as soon as I got my hands on my first home computer.   Most of us learned by example, and I spent countless hours typing in games from magazines and books to further my understanding of computer programming and then use that knowledge to create my own game designs.

In 2017, I pledged a kickstarter campaign for the ZX Spectrum Next .  This was a modern reimagined ZX Spectrum computer, not just in it's hardware but its look. 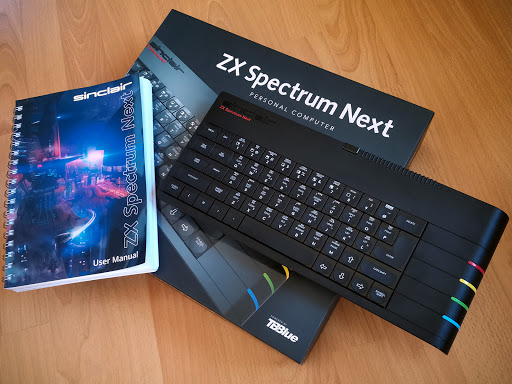 The ZX Spectrum Next is a great machine, and while it can run as a classic 48k ZX Spectrum (which I had imagined I would be doing with it), its really a machine in its own right!

Hardware features like sprites, multi-channel sound, multiple screen layers, 256 colours, hardware scrolling, tile maps and accelerated CPU speeds - if all of that isn't screaming 'go on, you just have to write some games!', I don't know what is...

I've set up this Itch account so I can share these games for everybody to play on the ZX Spectrum Next (be it on real hardware, or using one of the great emulators available such as Cspect or ZesarUX)

Much like the 80's, allowing people to to dissect, learn from or just improve on and make the games their own through adding modifications is how I learned back in the day, and with the ZX Spectrum Next community growing I am sure there's going to be others just as keen to learn.

It's going to be a lot of fun, and I hope you'll pop on by and take a peek.